K is one month old!

He’s growing and changing every day.  Just this morning I watched him on the video monitor as he slowly opened his fingers over and over again, rubbing them against the edge of his bed.   As I type this, he is playing contently on his floor play gym. He bats and kicks the dangling toys and rattles. Likely more on accident than anything, but he’s starting to discover the world around him nonetheless.

As of Friday, he weighed 9 lb 5 oz.  He continues to do well with nursing.

His cries are starting to become more recognizable, and mama can usually figure out whether he’s hungry, tired, has a dirty diaper…or is working on dirtying a diaper.  And in exciting news, cries are not his only sound now!  He’s started to coo a bit as he finds his voice.

He still likes his swing and bouncy seat for napping, sleeps in his own bed at night, and loves to stretch out on the floor for play time.

He continues to be a very alert little guy.

K is still wearing mostly newborn clothes, but small 0-3 clothes fit as well.  We just bought one more box of newborn diapers.  Same issue as I’ve mentioned previously….his belly has grown, but his legs and rear end aren’t ready for a larger diaper yet.

Our goals for these coming weeks include continuing to pump and store ahead for when I go back to work, increasing his awake play time during the day, and getting on a more consistent schedule for feeding, bath, and bedtime.

Here’s the updated shot of our little monkeys. 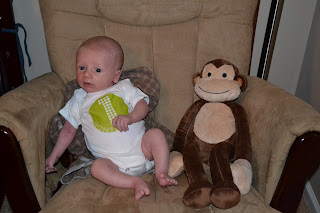 And here are some photos from his one month “photo shoot”:

At first, I was frustrated because I didn’t get a “good one”.  He’s never smiling (obviously) and will not stop staring at the ceiling fan and fidgeting around.  There’s even a sneeze in there!  Upon further examination, I love every single one of these!  I literally couldn’t choose which ones to include.   These silly faces ARE my baby, and I hope you enjoy some of these facial expressions as much as I did! 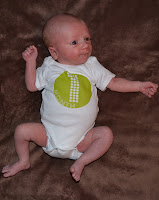 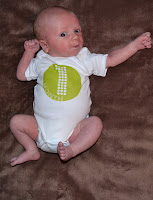 My favorites are “K has a question” and his “shocked” face.  😀 We LOVE this little guy so much!

Leave a Reply to The Rinkers Cancel reply