Second verse, same as the first…

I am back at children’s, but with Nolan this time.

Last night, during his bed time bottle I felt Nolan make an odd movement in my arms. It caught the attention of myself and Mima and sure enough a second movement followed.

I took him to a spot where I could let him spread out and make another video on my phone. It was different than Landon’s, and less frequent, but it still had the signs we are learning to watch for. A quick tensing with a slower release. An unnatural movement, usually repeated in a cluster.

Mima and I counted about 7 spasms in 10 minutes. Not quite as startling as Landon’s quick onset, but concerning nonetheless.

I called children’s again this morning and sent Nolans video. They were less sure than with Landon, but it was concerning enough to merit an overnight EEG for Nolan too.

So here we are.

Nolan is doing well. I have hit the button plenty to mark potential seizure activity. I won’t have official feedback until tomorrow. He is eating better than normal, and resting now. Such a trooper, and I know Landon would be proud. I sure am.

In the meantime, it is amazing the peace I feel compared to when similar news broke only 5 long days ago.

I was listening to Mandisa again on the way down and these words struck me:

And today, I feel met in the madness. 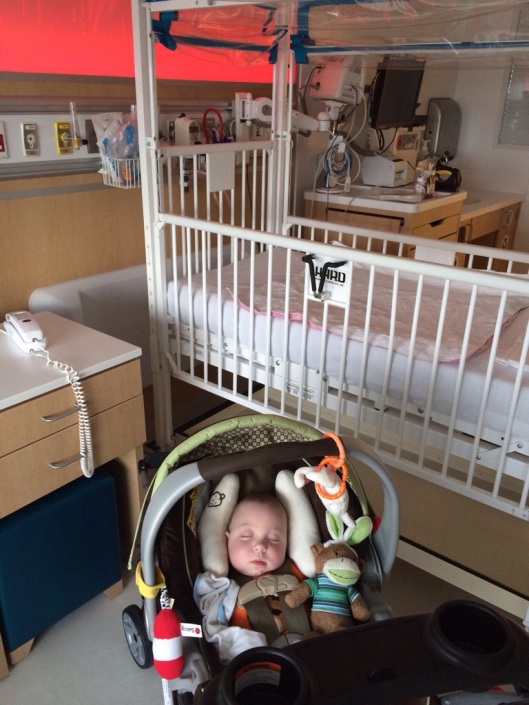