I’m not even sure where to start this one!  Well, yes I do.  We’re all doing fine.  And we appreciate your prayers and thoughts.

Rather than an even wordier explanation, I’ll share the brief numbered update I sent to Nana and Mima this morning.  It will be confusing when I remove the cities…sorry.

4)      Landon was stable, but “complicated” and the ER felt better having him observed somewhere like our current children’s hospital, or a second one that was a bit closer.

5)      While we were having discussions about Landon and next steps, Justin called to tell me that Nolan was breathing abnormally, having a cluster of seizures, and getting a fever.  Rather than take him to our local hospital, he also drove him one hour to the ER I was at with Landon so I could keep the boys together.

6)      When Nolan first arrived, he was doing ok and actually had good stats and oxygen levels, but his breathing, combined with his post steroid immune system, and his intimidating back story led to a strong reaction.  He was intubated, and they also wanted him to be seen at a children’s hospital.  They were worried enough he was actually life flighted over at 3:00 am. This has since been determined to be a bit of an overreaction by the way.  But nonetheless we are thankful to be at a good spot for their care now.  And he got to ride in style.  He seems annoyed by the attention and doesn’t get what the big deal is.

8)      Landon was brought over by ambulance, and I followed behind.

9)      Landon started as an ER patient but is being moved to the 8th floor for regular in patient.

10)   Nolan started as a NICU patient but is being downgraded to the 8th floor for regular in patient as well.

11)   They both appear to have a viral bronchiolitis rather than pneumonia.  So breathing treatments and monitoring are in order.

12)   Both are expected to be here at least one more night.  They want to confirm they are breathing well, even at night, and that they can eat a sufficient volume.

13)   Landon also keeps running a very low temperature (as low as 90.5 rectally when we first arrived) and his heart rate dips.  The heart rate dips could be due to the low temp.  The low temp could be caused by a virus and general weakness right now.  But we’re not quite sure on root cause.  There’s a bit of a chicken and egg discussion going on.

14)   We are lowering his Topamax dosage down one step.  No one thinks that explains everything, but I’ve insisted we at least try it.  Plus, it can at least cause a lower appetite, so if we can perhaps remediate part of one issue, he’ll gain strength to better deal with the others.

You do not need to come out.  In fact, due to virus season, visitors are discouraged and I’m actually wearing a mask and gown in the room, and gloves if I handle the babies.

So that was the update as of this morning.  And here is a scary story with an unexpected ending.

I was following the ambulance.  Landon was very stable and in great shape to travel, we were cruising along at a pace slower than my normal driving speed, occasionally being passed by cars.  No rush.  Then the lights flipped on…and they took off.  I don’t know how to explain the pit that formed in my stomach, and grew in to a huge ball of fear and anxiety.  I knew he was probably fine, but watching that ambulance leave me behind created such a feeling of helplessness.  I have that feeling to varying degrees often, but that was horrible.  It was a bold-faced reminder that I will always be chasing this.  One step behind.  Occasionally getting left in the dust.  Like any insane mother, I calmly decided to keep up.  I had my speech to the officer prepared, but there was not one in sight.  The ambulance arrived, lights still flashing and I was only moments behind.  I parked illegally and walked briskly over, trying to look very in control and together.  There was no emergency.  His IV had popped out and leaked fluid.  So he got wet, then got cold, and his heart dipped then rebounded.  They just decided not to waste any more time.  She apologized for cutting his wet onesie off of him.  I laughed.  I broke a couple of laws, and felt a fear I hadn’t felt in quite some time, and it was over a ruined onesie.

I now have a bit MORE information to add to the above: I am now in Landon’s in patient room, and we are hoping Nolan will join us on this floor soon.  Both are breathing well, and I doubt oxygen will be a hurdle.  Feeding might be.  We won’t be allowed to leave with Landon eating the way he has been eating.  We’re hopeful that rehydrating him and lowering his med a little will help re-energize him, but who knows.  He also keeps having low heart rates, or Bradys.  In fact he is hovering in an abnormally slow rate.  They want to observe for a bit, and give their blood cultures some time to be analyzed.  For now, they have revised and are hoping we will be home on Saturday.

They are in good hands, and are in good spirits!  Thanks as always for the support!  I love how much these boys are loved. 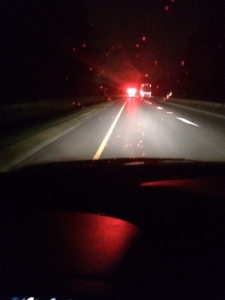 Nolan says: I WILL pull this out when you aren’t looking

Landon: Peaceful and sweet as ever