I’m usually pretty open when we’re in crisis mode. For one thing we certainly appreciate the prayers, especially specific ones. For another, I’ve learned a lot from other families sharing their journeys and seeing what they’ve made it through. Sometimes it is encouraging, sometimes it is just raw and honest.

Landon is in a crisis now, and I’ve been quiet, because I didn’t know what to say.

Things have been pretty serious, and there have been multiple moments when I wasn’t sure where things were headed. I’m still not entirely sure. But I will be raw and honest.

On Friday, after a good day and an uneventful handoff with his nurse not long earlier, Landon went in to distress around 6:30. Moments earlier we were getting ready for movie night, and were about ready to bring Landon in to join us. Instead, he started respiratory distress to an extent I’ve never encountered at home. I worked on airway clearance, maxed out our oxygen concentrator, and used some nebulizer meds but quickly shifted gears to an ER trip. With our quick effort, we were able to get his oxygen back above 90, and I called the ER (who has never met us) to tell them about Landon and help them prepare for us. They handled us well, someone met me out front and workers gathered in the room to help quickly assess. He was stabilized on CPAP. The plan was to send him to Columbus, and the helicopter would be there to pick him up around 9:30. In the meantime, I gave him his meds, they gave him treatments, and he remained stable on CPAP with moderate settings for over two hours. When the flight crew arrived, I signed paperwork, and as they were getting ready to transfer him to their flight cart, I decided to get on the road because they were going to beat me there anyway.

When I arrived at the ER at Columbus Children’s, they weren’t here yet. Nor were they close. Soon I was told that ER was no longer the plan, and he would be going straight to PICU. I moved lobbies and kept waiting for their arrival. I called back to the hospital, and turns out they hadn’t left yet. Landon took a quick down turn not long after I hit the road, and kept getting worse. By the time I spoke to someone, he was on a ventilator, and his blood pressure was wavering. They were able to stabilize him, and got him air born after 1:00 am.

While they were stabilizing him at the children’s hospital, I chatted with a doctor as well as the flight crew. I learned that despite heavy medication to assist, Landon’s blood pressure plummeted again on the flight and his heart stopped.

For a moment, upon hearing that, it felt like my own heart broke.

He was at home hours earlier. Yet here I am in a waiting room at 4:00 am hearing the unthinkable. The speed with which he crashed hit me hard, only surpassed by the punch of the words “his heart stopped”. They did compressions for 10 minutes, and once a healthy rate and blood pressure resumed, Landon opened his eyes and looked at them. Those sweet blue eyes.

I was reunited with Landon around 5:00 am.

The room looked like a medical war zone. It was filled with people wearing yellow gowns. These minions, whose names I may never know, were still actively saving Landon’s life.

Landon was stable again. But he was very very sick. On top of an already fragile condition, he entered respiratory distress for reasons that may never be clear, and for the first time in his almost 6 years, he went in to cardiac arrest. All within hours.

It’s been a roller coaster ever since then as well.

The arrest itself can have negative consequences, and we’re still learning what that means for Landon. We know that on top of needing a breathing tube and working his tail off to recover from what is now pneumonia, he is also showing cardiac distress. That could be acute and temporary. Or that could be new and permanent. Or it could be a problem that was building and is part of why he crashed in the first place. We won’t know the answer to that until we see how his heart handles the next few days. In the meantime, he’s also having kidney issues. The nephrologist believes this will likely be acute and caused by the arrest. But Landon is incredibly puffy and fluid filled, and we have to fix that in order for his body to attempt to repair itself. But his kidneys are injured and aren’t up for a big challenge yet. So we are starting a treatment to assist his kidneys, in order to reduce the fluid, in order to learn more about how his heart can function in a more stable/less fluid packed condition.

We have been having some very hard conversations here, and trying to be thoughtful about all of the possible paths. I want us to be mindful of the end goal, and never aim for quantity without quality. So we are going to follow Landon’s lead. If his body is able to recover from this, and return to a more baseline state, we hope and pray we will take him home and enjoy more time with him, with the knowledge that the sand is now running out faster than we had hoped. If his body is not able to recover from this, we will follow that lead as well, and do so knowing we’ve done our absolute best to offer him the best care and love we can provide.

I am devastated. And there are pieces of this that are particularly more heartbreaking than others. My face has been soaked in tears. But there’s also a peace that surpasses understanding.

While I was waiting for hours in the second lobby for the troubled flight to land, I was particularly anxious all of a sudden. I put away the laptop I had been working on, and grabbed my phone again to check the time, 1:55 am, and sought out Facebook for a distraction. I landed on a post for a prayer for when you are anxious and worried. I read it, I prayed it, I cried it, and then for whatever reason I took screenshots in case I wanted to read part of it again later.

Saturday morning, when the dust had settled I was reading the rushed scribbles on the window that became part of the team’s assessment. Among those notes, a scribble that Landon’s cardiac arrest happened at 1:55 am.

At 1:55 am, I had no idea how bad things had gotten, or that at the exact moment I was reading that prayer, that Landon’s life was on the line. I didn’t know where things were heading, but I was already getting a reminder that no matter where this heads it’s not in my hands, and that Landon’s future is secure and full of love no matter what.

“We choose faith over fear today”

Please pray. Pray that the amazing doctors, nurses and staff continue to make progress through this storm, and that on the other side of it will be clarity. Please pray for comfort for Landon, and most of all that in the midst of all of this he continues to know that he is Loved. 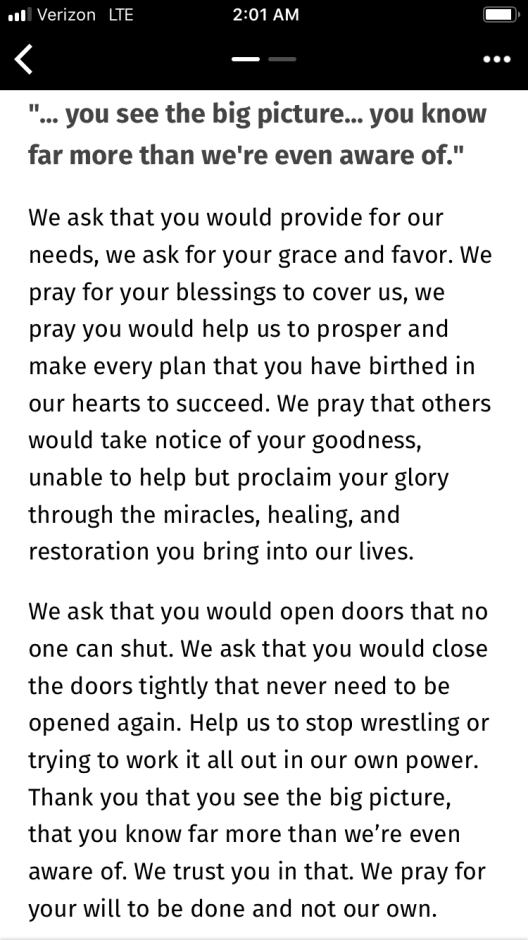 12 thoughts on “Faith Over Fear”